KYC WAS ESTABLISHED IN 1953

Kinsale Yacht Club (KYC) was established in 1953. The club was first located in two cottages opposite the slip at Scilly,
across the harbour from the current location and the first Commodore was John H. Thuillier.

The current clubhouse was purchased in the early 1960’s; Dick Hegarty oversaw the purchase as the Club solicitor.
Over the decades the Club has been extended with the most recent refurbishment in 2013.

In 1978, the Club and its members funded and built the first marina. The Marina was extended in 2003 to its current layout. 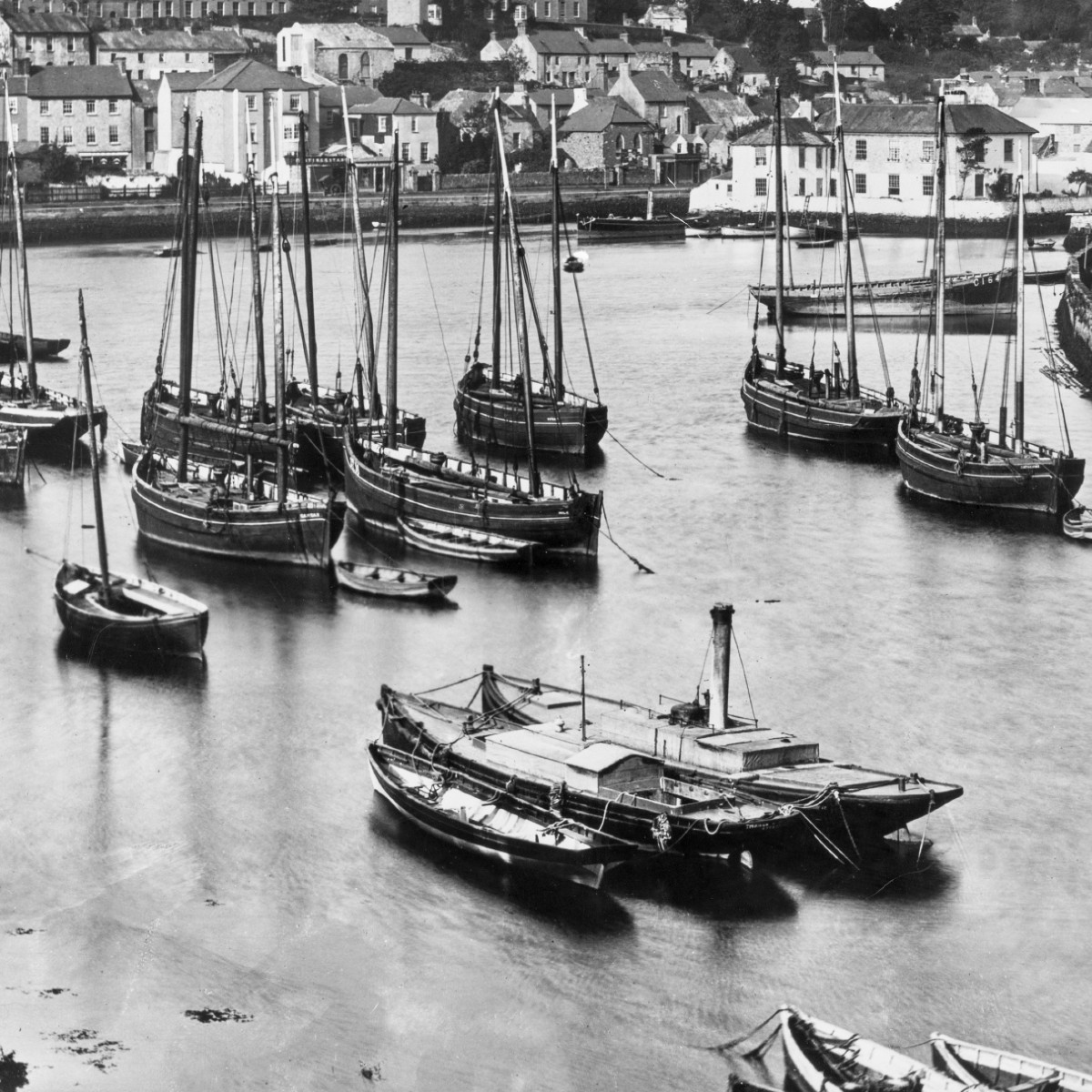 By the mid-1950’s, there were six boats racing in the club comprising of a dragon called ‘Sleuth’, two colleens, ‘Pinkeen’ and ‘Spalpeen’, an Uffa Ace, Dick Hegarty’s cruiser ‘Bedouin’ and a jollyboat sailed by the 70-year old Commodore Brigadier General Dorman. Jeanot Petch made an exotic addition to the already varied fleet when he built a Prout catamaran in 1957.

The fleet would leave the Bulman Buoy to port or starboard according to the wind, as the Commodore did not want to gybe that far out to sea! Later a 45 gallon drum was placed upriver and used as an upwind mark until the new bridge was built in the 1970’s. All the boats at that time were kept on swing moorings in the river. The Cork Harbour Dragon Fleet, based in the Royal Munster Yacht Club in Crosshaven, now the Royal Cork Yacht Club, moved to Kinsale.

In the 1970’s, the Club started hosting Regional and National Championships. In 1977 the club hosted the World Fireball Championships and the Dragon Gold Cup and started to develop its widely recognised race management teams. Here are some of the Championships KYC has hosted: